from £2,199 per person 7 1
Prices & Availability
Including optional travel insurance or a price reduction of £20 if not required
Add to wishlist

Be among the first passengers to step aboard Saga’s brand new luxury ship, Spirit of the Rhine, on this seven-night river cruise which allows you to indulge your interest in flowers as well as explore some of Holland’s most historic towns and cities.

Your cruise begins in Amsterdam but the very next day you can look forward to a full-day excursion to the exquisite Keukenhof Gardens – one of the largest and most revered botanical gardens on the planet. April is a fantastic time to visit with millions of blooms awaiting you – you can find out more about the iconic tulips you see there on a themed lecture during your cruise.

You will also take an included trip to The Hague, home to a wealth of important and historic buildings, and cruise to the iconic and historic windmills of Kinderdijk. Perhaps learn about an instrumental moment in World War II, Operation Market Garden, during a stop in Arnhem and visit pretty Enkhuizen and Hoorn en route back to Amsterdam where you can soak up the food, drink and culture and explore on foot, on the road and on its world-famous waterways...

​The Hague is a cultural treasure-trove and a must for any art-lover.  It also has a delightful beach setting.

*Return flights or direct Eurostar train to Amsterdam for a supplement

Spirit of the Rhine

Travel to Amsterdam and embark Spirit of the Rhine.

Enjoy a welcome reception and dinner on board as you cruise through the evening towards Beverwijk, where you will moor overnight.

Today there's an included full-day excursion to the wonderful Keukenhof gardens, 'the most beautiful spring garden in the world!' Admire dazzling displays of tulips, daffodils and hyacinths and pick up ideas for your own garden from the themed gardens here.

Your ship departs at dinner and cruises overnight towards Rotterdam

This morning travel to The Hague for an included tour.

It's the seat of government, home to the Royal Family, and host city to the United Nations. Discover beautiful squares, a huge market and historic buildings here. This afternoon cruise to Kinderdijk, home to 19 iconic and UNESCO-listed windmills, which you can see up-close on an optional excursion.

Set sail this evening and cruise overnight towards Arnhem.

Arrive in Arnhem in the early hours. Explore independently or perhaps join an optional tour to see famous sights associated with Operation Market Garden, a battle fought in 1944 and the subject of the epic war film A Bridge too Far.

Arrive in Urk after breakfast and moor for the day.

You’ll have time to explore this morning. The fishing town has existed for more than a Millennium and was originally an island in the Almere, a lake which became part of the Zuiderzee in the 13th century. Urk was finally connected to the mainland by a dyke in 1939.

After lunch look forward to an included excursion to the pretty, car-free village of Giethoorn, the ‘Venice of the Netherlands’, where distinctive thatched houses line the canals. The lake town was named after the large number of goat horns found here by 12th-century settlers and it was these men who built the canals on which you’ll cruise by motorised punt. Float beneath a series of narrow arched bridges to Giethoorn’s central island, now a nature reserve. Here a shallow lake is inhabited by many rare birds. There are no roads in the centre of the village, so locals use punts to get around and cars remain outside the village. After your punt excursion you can look forward to refreshments served with a slice of delicious Dutch apple cake.

Cruise to Enkhuizen this evening and moor overnight.

Enjoy some time to explore Enkhuizen this morning. You'll then have the afternoon in Hoorn to see the 16th and 17th-century town houses – the Dutch East India Company made it a wealthy trading town. Perhaps join an optional walking tour. Cruise overnight for Amsterdam.

Arrive in the early hours and have a full day in the capital of the Netherlands.

This morning you can enjoy one of our Unique Experiences which are designed to give you the chance to get under the skin of a destination by enjoying the local food and culture. After disembarking your ship and meeting your guide, take a tram to Central Station from where you will begin a walking tour of the Dutch capital. Along the way look forward to tasting local delicacies including herring, cheese and croquettes and rounding it off with a sweet treat from a bakery.

Alternatively you can also join an included tour of Amsterdam and see the Royal Palace on Dam Square, the floating flower market, the Central Railway Station, which is built on thousands of wooden piles, and the grand 19th-century Rijksmuseum. Your excursion includes a canal cruise to see the city centre, the famous Skinny Bridge, the Montelbaanstoren tower and the Jewish Quarter.

This afternoon perhaps join an optional excursion which visits Volendam, Edam and the Katwoude Cheese Farm.

Disembark Spirit of the Rhine after breakfast ahead of your return journey to the UK.

Visit the site of the momentous events of Operation Market Garden, beginning at the famous 'Bridge Too Far.' It was here that the 2nd Battalion, led by Lieutenant Colonel Frost, held out for four days in September 1944 against overwhelming odds. At the north end, you'll see a monument in honour of those who participated, many of whom lost their lives. Continue to the old church in Oosterbeek, where the Allies sheltered prior to withdrawing, passing some of the fields where the landings took place. At the Airborne Museum, you can see photographs and memorabilia along with anti-tank guns and a Sherman tank which stand where they were left in battle. You return to Arnhem via the Airborne Cemetery, the final resting place of 1,748 Allied troops.

Enjoy a guided walk around the attractive harbour town of Hoorn, once home to many an adventurous mariner – including Abel Tasman and J P Coen, founders of the Dutch East India Company. As a result of its early seafaring wealth, Hoorn boasts many pretty historic buildings. Notably the State Council building, which houses the Westfries Museum and its fascinating collection of ceramic tiles, silver, china and model ships. Across the way you’ll find the charming Weigh House and beyond that a wealth of winding streets to explore. Perhaps spend some time in the market square or savour the views from the yachting harbour before returning to your ship.

The little village of Kinderdijk lies on the north bank of the river Noord between Rotterdam and Dordrecht. The name arose from the legend of a child holding back the water threatening to flood the land in 1421. The 19 windmills, built between 1722 and 1761, form the largest park of windmills still in use in the Netherlands. During this excursion you’ll see how a windmill works, learn why they were used and how they have been replaced by more modern pump stations. You’ll visit the former steam pump station Wisboom, as well as the historic waterboard house, and walk along the flood wall.

This excursion for cheese lovers takes you to a beautiful farmhouse in Katwoude, where cheese is still made. Here you’ll enjoy a practical demonstration of the craft, and taste various cheeses. Head for Edam, one of the Netherlands’ best-preserved towns, which grew wealthy as a trading town and became famous for its red-waxed cylindrical cheese. Enjoy a walking tour through the pretty streets and visit the famous Edam cheese weigh house. The final stop is in the nearby, picturesque village of Volendam, which lies on reclaimed land along the former Zuiderzee, now known as the Ijssel Lake. Keep an eye out for locals wearing traditional Dutch costume, and enjoy some free time in the harbour area. During the excursion a local guide will explain the fascinating history of man’s fight to reclaim this low-lying land from invasion by the sea.

After your cruise stay two nights at a locally rated 4-star Westcord Fashion Hotel with breakfasts included. The hotel is located within walking distance of the Vondelpark and has great links to be able to explore the capital at your leisure. Available only when you fly or travel by Eurostar.

Chef and TV presenter Nick Nairn will join your cruise and use the on-board kitchen facilities to showcase his culinary prowess.

After travelling the world in the Merchant Navy, the Scot taught himself how to cook some of the dishes he sampled around the globe and in 1991 became Scotland’s youngest ever Michelen-starred chef at his first restaurant, Braeval in the Trossachs. He opened Nairns in Glasgow in 1997 to international acclaim and now teaches and works at the Nick Nairn Cook School on the shore of the Lake of Menteith, where he grew up.

He first appeared on Ready, Steady, Cook in 1995 and has gone on to appear in Wild Harvest, represent Scotland in the Great British Menu and regularly appears on The One Show and Saturday Kitchen. 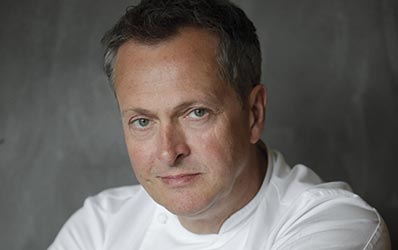 Some of the highlights may only be seen on optional excursions at an additional cost, or by exploring independently.

from £2,199 per person 7 1
Prices & Availability
Including optional travel insurance or a price reduction of £20 if not required
Add to wishlist
Keukenhof and Dutch Delights for Solo Travellers

from £2,199 per person 7 1
Prices & Availability
Including optional travel insurance or a price reduction of £20 if not required
product
Holidays
River Cruise (RC)
solo traveller
no
holidays
UK
en
web