Back to benefits
Your benefits

Look forward to a musical Christmas!

Join us for a Christmas UK holiday with a difference! Once you’ve arrived and settled in, get to know your fellow guests at a welcome drinks reception. After dinner, join your hosts and pianist Ken Roberts for your first in-house concert entitled Just a Song at Twilight to get your festive break off to a great start.

On Christmas Eve after breakfast depart on your included excursion to grand Bath Abbey, boasting more than 1,200 years of history. After lunch in the hotel enjoy your second concert, Songs and Snatches while after dinner at your hotel tonight, get into the festive mood with a Christmas Eve concert named Carols and Capers. On Christmas Day enjoy a leisurely breakfast with some free time before a traditional Christmas lunch with an included glass of wine. There's a fun music quiz in the afternoon and, after a buffet supper, your hosts will give a Christmas Night concert – Festive Favourites – to round off the day perfectly. On Boxing Day morning there's a piano recital by Ken Roberts, followed by lunch, after which you might wish to join your fellow guests for the screening of a DVD. Your farewell dinner precedes a final concert from your hosts, entitled Songs of Love and Laughter, as your Christmas break winds to a close. Depart the next day after breakfast.

4 nights at your hotel

All breakfasts, lunches and dinners including Christmas day dinner with all the trimmings

The 4-star Swindon Marriott Hotel (4Q) is situated in mature woodlands, close to the M4 on the outskirts of the historic Old Town.

The hotel has 156 bedrooms.

Upgrade to a superior room from £80 per person per stay,  subject to availability (twin room only).

Your stay at the Swindon Marriott Hotel is on a full-board basis. All your included meals will be buffet style with waiting staff available to assist if required and served in the Source Grill Restaurant, with the exception of Christmas Day lunch, which will be plated and waiter served in the Uffington Suite.

Swindon lies south of Oxford and roughly equidistant from Salisbury and Bristol. The town underwent major change with the arrival of the Great Western Railway in the 1840s and the establishment of the Swindon Railway Works. Today, Swindon still retains its ‘Old Town’ area, while the modern town, which grew up between the railway works and Swindon Hill, is a busy centre with an excellent range of shops and facilities.

The town has a choice of parks including the Town Gardens which can be found in the Old Town. This pleasant space is an English Heritage Grade II site on the Register of Parks and Gardens, as is Queens Park with its lakes and charming planting, situated near the busy town centre.

Judith studied at The Guildhall School of Music and Drama and was a member of the BBC Singers before joining the London Savoyards travelling around the world aboard the QE2. She has had a wide and varied career, ranging from early music to grand opera where she has performed more than 40 principal roles in performances worldwide.

Matthew first ventured onto the stage 40 years ago when he joined the chorus in a production of L’elisir d’amore. Since that time he has performed a multitude of roles in music hall, plays, musicals, operetta and opera. Matthew now runs Cameo Opera with his wife Judith, performing over 120 shows each year in this country and abroad. 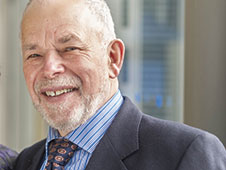 Pianist, conductor and composer Kenneth was educated at York University where he gained BA and MA degrees in music. He works as Musical Director for numerous companies at home and abroad, and has played and conducted at many prestigious venues including The Royal Albert Hall, The Festival Hall, The Britten Theatre, Kensington Palace and Hampton Court. His second opera, Mister Butterfly, which he wrote in 1994, was premiered in Hong Kong was subsequently performed at the Edinburgh Festival, and featured in a documentary shown by BBC television and BBC World Service Satellite. Ken also lectures on a variety of music ranging from Mozart to jazz and ragtime, and has written musicals, an opera and ballet.

Look forward to an included half-day excursion to historic Bath Abbey, an oasis of calm and reflection in the bustling heart of the historic city centre. The former Benedictine monastery was founded in the 7th century and the Grade 1-listed Abbey – still a parish church in the Church of England – was the scene of the coronation of King Edgar in 973 AD and 1,000 years later played host to Queen Elizabeth II to mark the anniversary.

Please note: Sensible footwear should be worn as narrow stone spiral staircases must be navigated independently on tours. There are 212 steps to the top of one tower, though guests can opt to remain at lower levels and learn more about the tapestries on display, rather than attempting the climb.